What Is The Cost Of Living In Chicago? 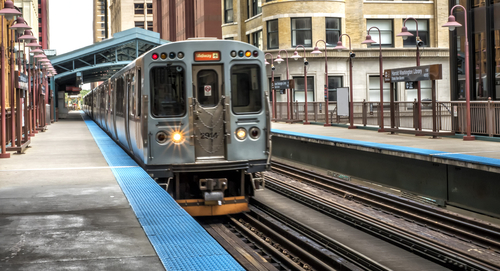 It’s no secret that living in cities is more expensive than living in the country or suburbs. Housing costs are greater. Taxes are higher, as are insurance rates, food prices, schools and daycare. You rarely pay for parking outside of urban environments. City entertainment options bring with them the temptation to, well, buy tickets.

However, if city living is your heart’s desire, you could do worse than Chicago. It’s so fun that it has topped Conde Naste’s Best Big Cities in the U.S. list for three years running. Chicago also ranks in the middle of the pack for cost of living among the 74 most-populated American cities, at roughly 40% cheaper than San Francisco and 25% cheaper than New York.

So, what is the cost of living in Chicago? Let’s break it down:

The average cost to live in Chicago is impacted greatly by your mode of transportation. Unless you have free parking at home and work, think public transportation.

Gas is expensive. In mid-April, AAA pegged the national average at $4.08 per gallon, while Chicago’s was $4.59. Parking is not cheap, either. Don’t forget to add insurance and a vehicle sticker (a Chicago revenue-generator).

On the flip side, a monthly Chicago Transit Authority pass is $105, and the CTA’s train and bus routes so thoroughly cover the city that 98.5% of Chicago jobs are within a half-mile of a stop.

Gas, electric, water and garbage pickup account for $132 of the monthly average living cost in Chicago. That’s less expensive than the national average.

On the other hand, a 43% tax on cellular plans is the highest in the country, and a 9% tax on streaming services pushes home Internet services to $68, just above the national average.

Chicago’s combined state, county and local sales tax of 10.25% is the second highest in the country among major cities. There’s an additional restaurant tax of 0.5%, and another 1% if the meal is in the downtown area or an airport. Even so, the average restaurant meal is around $33, roughly the national average. Groceries are just slightly above the national average.

The Chicago living cost for students comes down to tuition. The national average at four-year universities for tuition and fees is $41,281. At the University of Chicago, it’s $60,963. The Illinois Institute of Technology, Loyola, DePaul and the School of the Art Institute are also above the average.

However, the University of Illinois at Chicago is considerably less, as are Columbia College and St. Xavier and Roosevelt Universities.

Money is the primary concern when you’re asking, “What is the average cost of living in Chicago?” Consider that health care — including doctors, dentists, drugs, optometry and veterinary care — are just 1% above the national average. Consider, too, that Chicago has roughly 50 more physicians per 100,000 people than the national average. Plus, Chicago ranked 80th among the 100 largest metro areas for obesity.

Consult With the Pros

Whatever your budget, the biggest factor in your cost of living in Chicago is that line item for housing expenses. Our expertise can lead you to the best rentals at your price point.

Get in touch with us today and start your search.