Moving To A New Chicago Neighborhood? First Check Out Its Walk Score! 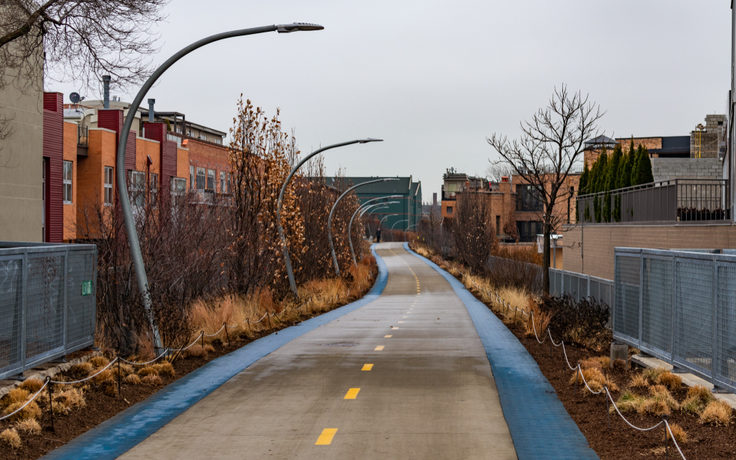 Living in Chicago can be an amazing experience, replete with all the opportunities and events afforded by life in a first-class city. But parking can be a hassle.

That’s where walkability comes in.

If you want to live life without always needing a car — or without ever needing one — you should consider your prospective neighborhood’s Walk Score.

Walk Score® is a company that measures walkability. Its patented system analyzes routes to amenities, awarding points based on distance. The closer the amenity, the higher the score. No points are awarded for anything requiring more than a 30-minute walk.

Mining data from Google, Education.com, OpenStreetMap and the U.S. Census, Walk Score® also analyzes population density, block length and intersection density. Its scores range from zero to 100, but the following neighborhoods rank as either a “Walker’s Paradise” (90-100), where daily errands do not require a car or as “Very Walkable” (70-89 ), where most errands can be accomplished on foot.

The Best of the Best

By any measure, Andersonville (89), Lincoln Square (82), Logan Square (88), River West (84) and Roscoe Village (88) are wonderful places to live. But among the many neighborhoods with Mo2 Properties listings, these are the Walker’s Paradises:

West Loop (96) — Randolph Street’s restaurant row is the hottest dining destination in the city. Grocery stores offer specialty, organic and traditional foods. Bars are hip and plentiful, and many white-collar jobs are within walking distance. Throw in exceptionally easy access to mass transit and a car becomes an option many residents choose not to exercise.

Wicker Park (94) — If your tastes in shopping run toward the independent and funky, if you like your restaurants intimate and your bars hipster, if you need art in your life, park your car in front of one of this ever-trendy enclave’s vintage greystones and enjoy a stroll.

Ukrainian Village (94) — Next to Wicker Park and East Village, Ukrainian Village boasts a major grocer (Mariano’s) and tons of great restaurants (of the obvious ethnicity and otherwise) along Division Street and Chicago Avenue. It’s more residential than its neighboring neighborhoods and its lack of an L stop is offset by multiple bus routes.

Noble Square (93) — Not as well-known as neighboring Wicker Park and Ukrainian Village, Noble Square in recent years has seen a lot of new construction that benefits from access to commercial corridors along Milwaukee, Chicago and Grand avenues. Nightlife is abundant and the Blue Line is close by.

Bucktown (91) — Consider it a measure of Walk Score®’s precision that it separates Bucktown from Wicker Park. But really, they’re two peas in a perambulator’s perfect pod.

Lakeview (91) — Instant access to roughly two miles of lakefront, trendy shops, cutting-edge theater, live music venues and restaurants of every stripe make walking the preferred mode of transportation in this percolating portion of Chicago that includes Wrigleyville and Boystown.

Old Town (91) — A little bit Lincoln Park, a little bit Near North Side, Old Town is Chicago at its eclectic best. The Second City comedy troupe makes its home here, as do many families fond of Old Town’s tree-lined side streets just steps from bustling main thoroughfares.

West Town (91) — South of Noble Square and Ukrainian Village, West Town displays its Polish roots while welcoming the booming development that has goosed the area’s popularity.

Taking the Next Steps

Quality of life is about more than the number of bathrooms or bedrooms in your home. The neighborhood you live in should be a neighborhood you can actually live in — so check its Walk Score before you move.