Is Chicago A Good Place To Live? 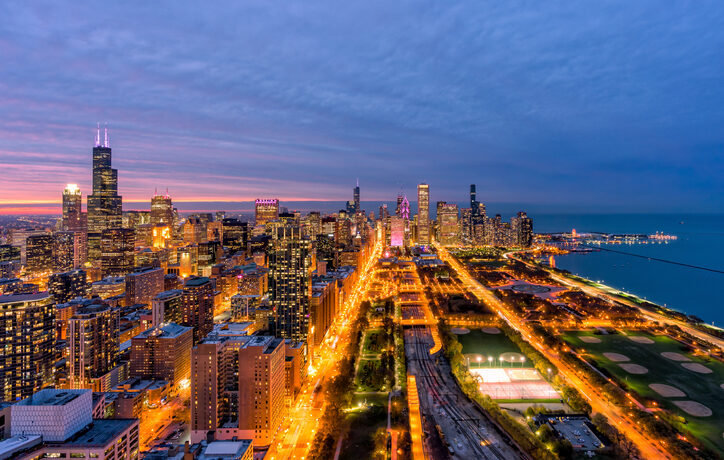 If you’re thinking about moving to the Midwest, there’s also a pretty good chance you’re wondering, “Is Chicago a good place to live?”

If influential architecture, the purposeful integration of green space and urban heft, world-class dining and culture, and every sport a participant or fan could want appeal to you, then yes. Add a dash of Midwestern warmth unknown to coastal metropolises, and you’ll find Chicago is truly unique among America’s largest cities.

Consider the following evidence if you’re still asking, “Is Chicago a nice place to live?”

There’s Sure to be a Neighborhood for You

Known as a city of neighborhoods, Chicago is made of many areas with distinct personalities.

Don’t forget the walk-to-work possibilities of high-rise living in the downtown Loop area; or the touristy, frat-bro vibe of Lakeview and Wrigleyville; or the long-time landing spot for bohemian creatives that is Old Town.

It’s Easy to Get Around

Chicago is laid out in an easily understood grid. It is one of the most walkable cities in the nation and routinely ranks highly on lists of the bike-friendliest cities. It is served by two international airports within 30 minutes of downtown. The Chicago Transit Authority (CTA) blankets the city and suburbs with 10,768 bus stops and 145 rail stations.

Chicago is home to 23 restaurants that received Michelin stars in 2022; a theatre district known for sending shows to Broadway; the 2021 WNBA champion Chicago Sky (along with the Bulls, Bears, White Sox, Cubs, Blackhawks and Fire); and a museum campus that is a true jewel of its lakefront setting.

Changing Seasons — and Events to Match

The summers are spectacular in Chicago, in part because the warm months are to be savored in a place where winter can arrive with a vengeance. Though there’s something to be said for the ability to build a snowman, gather around a fire on a crisp fall night, or embrace the fashion possibilities of sweater weather.

The city brings you out into all of it, from the March Shamrock Shuffle unofficially kicking off Chicago’s running season, through Taste of Chicago and every other summer fest, to ZooLights bringing a festive air to year’s end in Lincoln Park.

Is Chicago a good city to live in? Absolutely! Especially if you know the lay of the land — which you will, if you leverage our vast array of services. Mo2 Properties is an award-winning property management company that can steer you to the best rental opportunities in the best neighborhoods. To start, just reach out today.